The rebound effect: when overconsumption cancels out sobriety efforts

In Lewis Carrol's book on the other side of the mirror (the sequel to Alice's Adventures in Wonderland), the Red Queen is seen taking Alice by the hand to run. But the more they run, the less the surrounding landscape moves! Faced with Alice's astonishment, the Queen explains to her that you have to run constantly to stay put. This is an excellent image of what is happening in our society, where efficiency gains are constantly caught up with, canceled out, overtaken by soaring consumption.

In the air Transport civil, each kilometer of flight per passenger consumes approximately three times less fuel than forty years ago. That's good for the planet, you might say. Unfortunately not, because the fall in costs has made air travel considerably developed and democratized. The number of flight kilometers exploded. In 2017, we exceeded 4 billion passengers in civil aviation flights worldwide. While the volume of GHGs emitted per passenger-kilometre halved, the total issue volume doubled ; The overall impact on the consumption of materials andEnergy has grown considerably.

Let's take another example, even more banal, that of lighting. None of our day-to-day activities has experienced such a long-term increase in efficiency and such a dizzying drop in cost per unit produced (By the way, this means that the famous return to candles evoked by the eco-skeptics would be a ecological disaster !). But the consumption, first driven by town gas, then by electricity, has more than caught up with this increase in efficiency. It has been, roughly speaking, multiplied by ten every fifty years.

From the beginnings of urban lighting in the 1830s until 2000, the number of lumen-hours has been multiplied by 100. The result is that now we see our nocturnal cities from space, as in the beautiful images sent by Thomas Pesquet! But aviation and lighting are only illustrations of a universal phenomenon, which we will find for mobility, for heating, for computing, for clothing. In fact, for almost all of our activities.

Thus, “less feeds more”, writes the [Canadian researcher and political analyst] Vaclav Smil. The sign of this catch-up, or overflow, by demand is that the efficiency gains observed at the “macro” level are clearly weaker than those observed at the “micro” level. They do exist, however.

For the world as a whole, the quantity of greenhouse gases (GHG) per unit of GDP has thus down by a third since 1990. In France, it has fallen by 50% (if we stick to emissions on the national territory: remember that the carbon incorporated in our imports now represents more than half of our real footprint). In China, which started from afar, the fall in this ratio of "tons of GHGs per unit of GDP" was much faster, even if, to date, it remains significantly higher than in Western countries. […] [Nearly 80 readers trust The Conversation newsletter to better understand the world's major issues. Subscribe today]

Why are efficiencies achieved at the “micro” level so diminished, if not squandered? The answer is very simple. Efficiency makes goods and services less expensive, more accessible, more desirable, and demand, boosted by advertising and by the many forms of effort to sell, grows proportionally, or even more. This is called the rebound effect, or, if we want to sound scholarly, the effect or the Jevons paradox.

In 1865, British coal producers were concerned about the increasing efficiency of steam engines, which used less and less of their precious fuel. William Stanley Jevons, businessman and economist, one of the founders, with Léon Walras, of the marginalist school, answered them:

“It is a complete mistake to assume that more economical use of energy will reduce consumption. Exactly the opposite will happen. »

A century and a half later, it's hard to prove him wrong

Digital, emblematic of the rebound effect

There is much less aluminum or steel in each 33 cl can, but the number of cans has increased so much that the consumption of steel or aluminum for cans has soared (A tip, by the way : steel is a better ecological choice, because it is easier to recycle!). In the world digital, the efficiency gains for core processes are very dramatic. Even the mega-server farms, on which the growth of the cloud is based, are becoming more energy and carbon efficient.

The Gafam (Google, Amazon, Facebook, Apple, Microsoft) are not lying when they point out that these hyperscalers (the latest generation of cloud infrastructure) are 30% to 50% more efficient than old trusses. But, in the end, it is a question of allowing the multiplication of uses, in particular on the side of the general public, by video streaming in particular.

The global footprint of the digital world, which seems light and immaterial, has already exceeded that of civil aviation and keeps growing. It is based on a massive rebound effect, the heart of the economic model of the platforms being precisely the ultra-rapid growth of volumes enabled by network effects. The perverse effect is that these increases are insensitive for the user who exchanges photos or watches videos, and whose local consumption is negligible in relation to the overall costs.

Another very problematic area is that of cement and construction, where efficiency gains (in energy and GHG emissions) remain relatively limited, because technically difficult to obtain, while demand is exploding in Asia and Africa. .

The Jevons effect is therefore omnipresent. It can be indirect – price reductions in an area freeing up disposable income for other consumption – or direct, by increasing the consumption of the good in question. Of course, the growth in demand is not independent of the marketing and sales strategies deployed by companies, which mobilize considerable resources. The more or less frenetic renewal of products and commercial catalogs remains a classic means of boosting demand.

Think of the hundreds of variations of the simplest products that pop up when you browse the Internet for a mundane purchase. The planned obsolescence strategies and ever-increasing diversity can be found even in service models. We all know the imagination with which software providers manage to force us to constantly change versions.

There is another form of “recycling” of efficiency gains, analogous to the rebound effect but much less studied: it is the uncontrolled progression of the technical and functional complexity of our objects. […] In connection with globalization, our objects have become in a few decades considerably more complicated than those of previous generations, both in terms of the number of components and their technological complexity. Microprocessors, for example, have spread far beyond our computers and laptops. L'IoT promises us an even more powerful and extended wave.

However, it is certain that this effect of “technological depth” weighs heavily in the climate balance, even if no one, to my knowledge, has quantified it. Behind our daily objects and services, there are now increasingly labyrinthine networks of productive activities, with myriads of cascading suppliers – which, by the way, renders unrealistic the idea of ​​some economists to precisely track the ecological impacts of these chains by listing all the activities that make them up. 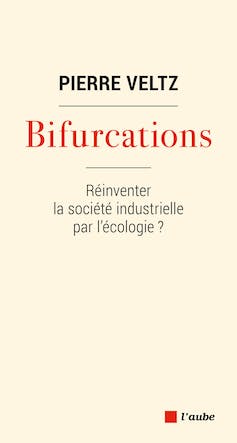 The evolution of our cars is a good example. Instead of making models simpler (and much less expensive), efficiencies have been recycled mostly into a tremendous increase in complexity, with a huge share now devoted to electronics and, increasingly, software. .

Of course, some of this new equipment and new functionalities imagined by the design offices is very useful. Who would want to do without safety features like ABS, or even comfort like the rear camera? But the overall process is obviously driven more by the passion of the engineers and the creativity of the marketing than by an analysis of the real needs of the users, and even less by that of the ecological consequences. It is not a question of refusing advances in technology, nor of restraining them in advance. However, it must be noted that there is no forum, either in society or in companies, to exercise what [the engineer] Philippe Bihouix calls “techno-discernment”.

"Any measure of progress in the standard of living of the individual gives an incomparably lower coefficient of progress than in the quantity of energy expended per inhabitant", wrote already [the writer] Bertrand de Jouvenel from the end of the 1950s. Since then, this quantity has been multiplied by 7, and much more for the richest among us. Are we living seven times better?

Engineer Jean-Marc Jancovici often reminds us that we do not consume energy. What consumes energy are the hundreds, the thousands, the tens of thousands of machines that work for us, machines whose existence we have forgotten, because most of them are very distant, have become "abstract in our eyes.

Taking up an image proposed by [the American architect] Buckminster Fuller as early as 1940, he speaks of the "slave equivalents" that are at our disposal, taking as a unit the energy deployed by a human in a day's work. Their number is staggering and amounts to hundreds. This image shows how self-driven our processes have been for a century, and even half a century. It is also a source of hope, because it suggests that a substantial reduction in our extravagant lifestyle is possible by keeping most of what we have acquired, especially if we better share our “slaves”.

This text is taken from the book “Bifurcations: reinventing industrial society through ecology? » by Pierre Veltz, published by Éditions de l'aube in October 2022. The intertitles were added by the editorial staff.

"You are my source" live with Dan Luiten and Mirella

Trust in God so as not to lose his peace

In India, anti-conversion laws reinforce the persecution of Christians

See you in Paris on June 3 to take part in the March for Jesus!