Mental disorders, miscarriages and incest: like “House of the Dragon”, the setbacks of royal families throughout history

House of the Dragon, the prequel to Game of Thrones, chronicles the fall of the Targaryen dynasty some two centuries before life on the continent of Westeros was disrupted by war and a mini-ice age.

The first episode suggests that political instability and dynastic decline usually begin with the outbreak of disease and health crises.

King Targaryen Viserys Ier suffers from a large and painful open and infected wound on his back. He considers it a minor injury – suffered while sitting on the famous wrought iron throne with the swords of the vanquished over the reigns.

His wife, pregnant Queen Aemma Arryn, who has already suffered multiple miscarriages and lost several children, is worried about the health of their future baby. The delivery shown in this episode is extremely difficult and traumatic.

And just like in House of the Dragon, these afflictions shaped true dynastic struggles.

Like the fictional Targaryens, the real European kings frequently intermarried with close relatives, helping to create genetic disorders in their families.

The last Habsburg king of Spain, Charles II, is an example of a child born of royal incest. He suffered from multiple health problems before his death at 38, including an extreme case of what is called Habsburg jawbone or malformed mandible, which made it very difficult to speak and chew food. His parents were an uncle and a niece. Geneticists have argued that inbreeding, or parents descending from the same ancestors, is the root cause of this health problem. 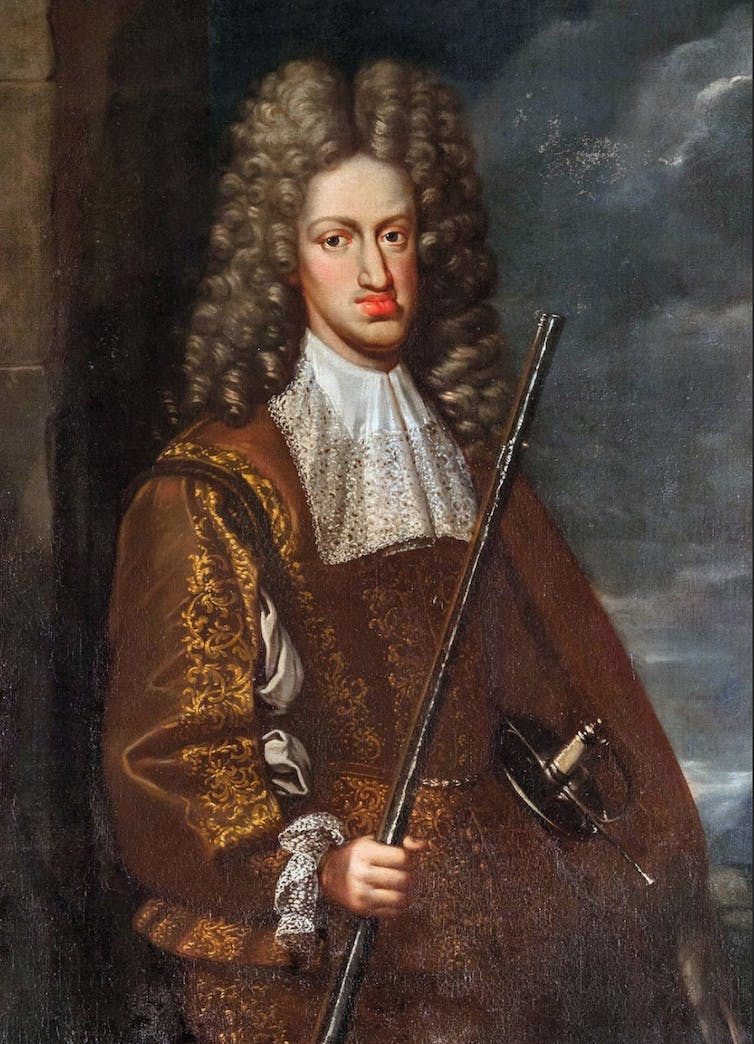 Queen Victoria of England, for her part, transmitted through the marriages of her children the gene at the origin of hemophilia (a recessive blood disease) to the royal families of Russia, Spain and Spain. Germany.

Victoria's great-grandson, Alexei Nikolaevich, Tsarevich of Russia, inherited this disease. The mystic Rasputin, who had been brought to the palace to treat the Tsar of Russia, came to meddle in government affairs, leading to rising tensions among the aristocracy and public distrust of him. the Royal family. In this indirect way, the “disease of kings,” as hemophilia is called, helped spark the revolution that ended the Romanov monarchy.

The primary purpose of royal marriage, both in modern Europe and in Westeros, was to reunite powerful families and produce heirs who would perpetuate the dynasty.

The creators of House of the Dragon were criticized for the very violent childbirth scene in the first episode, but they were right to portray the pregnancy as dangerous for members of the royal family. Seven queens and princesses of Asturias (heirs to the throne of Spain) had children between 1500 and 1700, four of whom died of pregnancy-related causes.

While childbirth could prove fatal for royal women, the inability to give birth to an heir could also spell the end of a dynastic house. The history of the island of Westeros, which looks incredibly similar to the British Isles, also mirrors much of Britain's history. The desire for a male heir can tear royal families apart.

In sixteenth-century Englande century, King Henry VIII (who suffered from an ulcerating wound in his leg, which may have inspired the back wound of Viserys Ier), broke away from the Roman Catholic Church and married six times to secure male heirs who would sustain the Tudor dynasty. Ironically, it was ultimately Henry's daughters, Mary I and Elizabeth I, who succeeded to the throne after their brother, Edward VI, died at the age of 16.

Queen Anne had at least 17 pregnancies in 17 years. She gave birth to 18 children, many of whom were stillborn; only one of them lived to be 11 years old. Without an heir, the throne passed to the German cousins ​​of the Stuarts, the Hanoverians. 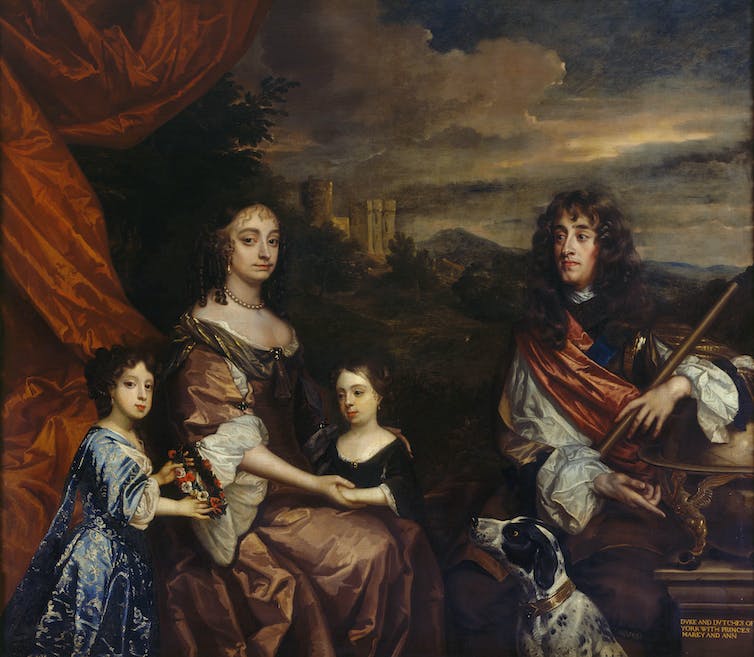 Anne (centre) and her sister Mary (left) with their parents, the Duke and Duchess of York, painted by Peter Lely and Benedetto Gennari the Younger. Wikimedia, CC BY

King George III of England suffered from manic episodes that led to instability of government and regency crises, as did Aerys Targaryen in the world of Game of Thrones. Miscellaneous medical hypotheses have been proposed to explain the madness of the monarch, notably the porphyria, a genetic blood disorder that can lead to anxiety and mental confusion, or more recently, bipolar disorder.

George was later portrayed as a tyrannical and mad king causing the loss of american colonies of england. However, in reality the British monarchy was constitutional at this time and George had little direct influence over the colonies. 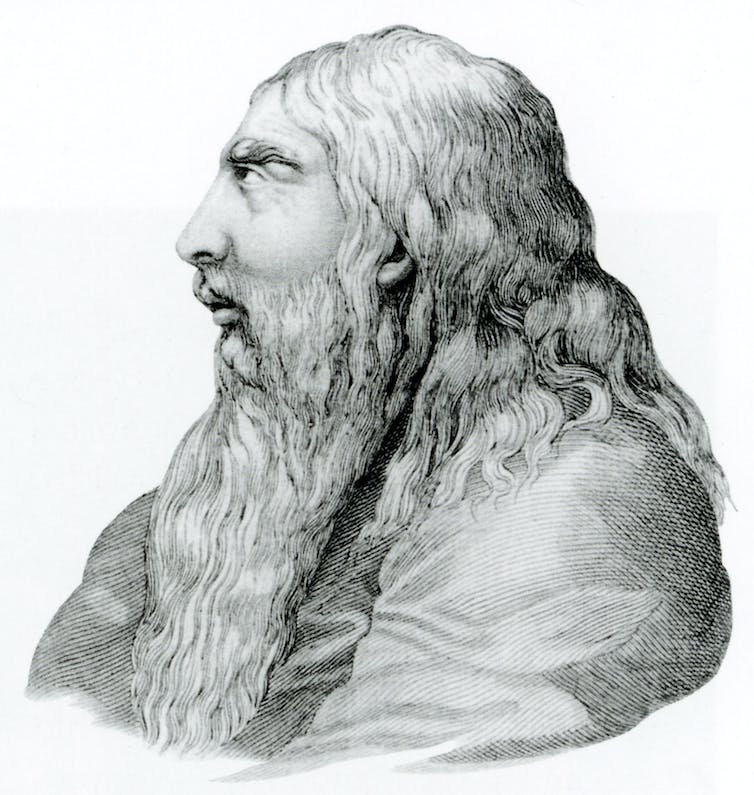 Engraving by Henry Meyer of George III (1817). Wikimedia, CC BY

Religion could meddle more with medicine in Kings Landing if the creators of House of the Dragon wanted to create a royal house in the image of those of the beginnings of modern Europe.

Indeed, sick and injured Catholic monarchs believed in the healing powers of sacred objects. In the XVIIe century, pregnant queens of Spain were lent the “santa cinta” or “holy belt”, a relic that would have belonged to Mary, the mother of Jesus. Wearing or touching this garment was believed to protect pregnant queens and their fetuses.

Relics of saints – male and female – also played a role in the healing of Catholic monarchs and their families.

When Prince Don Carlos of Asturias, heir to King Philip II of Spain, was the victim of a head trauma in 1562, Franciscan friars brought the corpse of Fray Diego de Alcalá to the prince's bedroom and placed it in his bed. The early moderns attributed the healing of Don Carlos to this relic and to the cranial surgery doctors performed to save his life.

In a Protestant country like England, at the end of the XVIIIe century, the care given to the sick was much more conventional, and more brutal too.

The treatment of mental illnesses, including the mania of George III, involved for example the use of straitjackets and restraint chairs, which George, who retained his humor despite the illness, often referred to as his "coronation chair". Not quite the Iron Throne... but a throne for a "Mad King", nonetheless.

Sexual assault on adults: the Conference of Bishops of France creates a court

Bodies of priest and Christian woman burned 'beyond recognition' in US

COP15: how to finance an ambitious agreement to protect biodiversity?

7 types of fasting you need to know

"Thank God for this beautiful gift": Anisha, the winner of Star Academy thanks the Lord

Armband in support of homosexuals in Qatar: Christian athletes offer food for thought

Olivier Giroud crowned top scorer in the history of the Blues, fingers pointing to the sky

Alarming trivialization of anti-Semitism in the United States: Joe Biden calls on elected officials to denounce this type of remark

Asia Bibi's first video interview: "There are people who took advantage of my name but I got nothing"