In the Var, faced with the fire that destroyed one of the jewels of European biodiversity

For 72 hours, the Massif des Maures (Var, France) has been burning and with it one of the jewels of Mediterranean biodiversity, the Plaine des Maures, which hosts a natural reserve unique in Europe, the RNN of the plain of the Moors.

A complicated and difficult human-made fire in an extraordinary climatic context (temperature of 40 ° C for several days, apocalyptic wind on the first day) crossed the massif and continues to burn the territory of the Reserve, between the Cannet des Maures , Vidauban and Mayons.

At the time of writing, and while I have spent several hours in the field, three fronts are still present between Grimaud, Vidauban and La Garde-Freinet, the scorching heat fuels the recovery, and the wind, he constantly changes direction.

After a second evening of fear and sadness, others are preparing, the teams of the national reserve are forced to respect the fire instructions and the means have been concentrated to defend the coastal regions where campsites and houses burn. And as many unique and precious ecosystems as in the reserve, with a uninhabited and wild integral biological reserve managed by the ONF in the heart of the Massif, also impacted.

A terrible toll is brewing between intolerable human tragedies and economic and ecological catastrophes. I know people who have lost their homes.

Allow me to react viscerally to this disaster, beyond the scientific aspects that we have already mentioned during other fires as an expert involved in the management of this reserve and more generally in the conservation of Mediterranean environments.

The difficult balance of co-management

Here, there is no list of species (they are numerous, rare, precious, discreet or emblematic, but all count), nor of ecological indicators, just the feeling of years of efforts between inhabitants, managers and scientists to to find the difficult balance of co-management between conflict of interests and multiple uses and distant or even disjointed cultural references, the eternal dilemma of the “closure” of environments and the hunt for fuel.

We mourn with my colleagues the disappearance of some of the most beautiful landscapes in France, between secular pine trees and aged oaks, where vines and a few olive groves stretched out, as well as deep riparian forests and almost exotic red sandstone slabs. 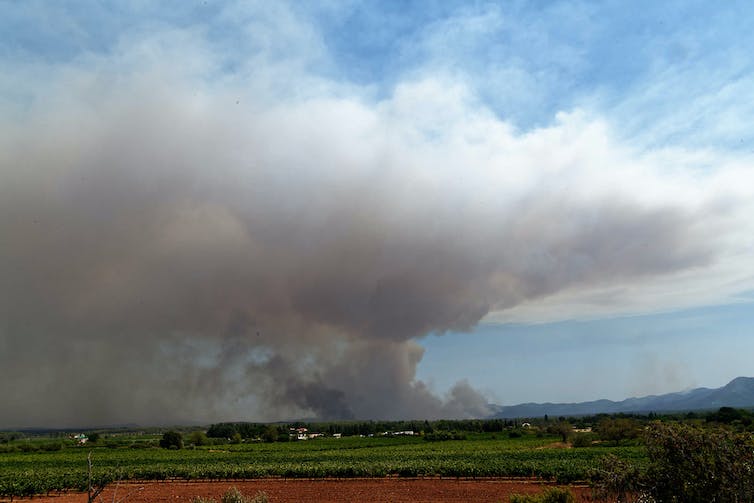 The fire broke out on August 16. Romain Garrouste, Author provided

The pride of an entire region, traversed by superb trails, all of a unique and wild naturalness, in a unique geology with its red earth from the primary era, between volcanic flows and sandstone cliffs.

However, the time had come to take stock of this difficult balance over several years and had to lead to new orientations and concessions on both sides, all driven by the passion for this unique territory.

Everything is reset, literally and figuratively, because the future management of this space can only be devolved to a plan for ecological conservation and restoration. To be invented with everyone's help, taking into account the new climate situation.

We would never have thought we had to carry out restoration on such a large scale in this space which seemed to us a sanctuary of life and nature. For many years now, the mega-fireworks that we knew well, alas, seemed to be of ancient history as the efforts of prevention and early interventions bore fruit (but let's not forget the Cap Lardier on the territory of the National Park of Port-Cros).

Today, we mourn loved ones (2 victims at this time and many injured), our houses, our landscapes, hundreds of Hermann's turtles, reptiles, bats, birds, thousands of insects and protected plants as rare as they are fragile and hundreds of hectares of ecosystems lost. 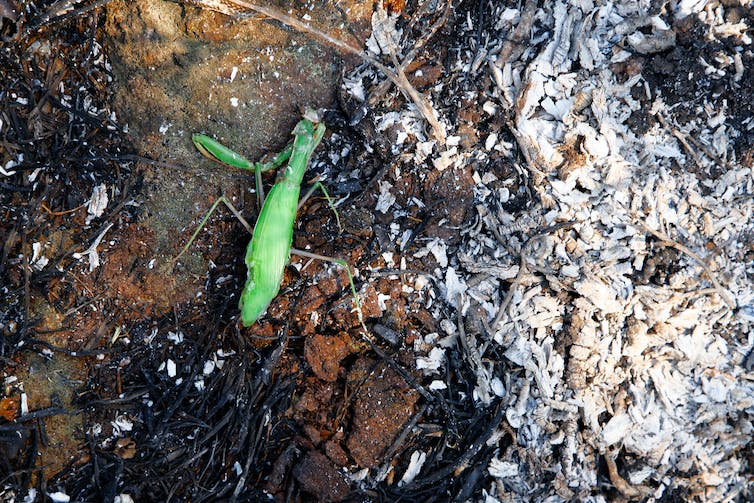 We cannot yet measure the full impact on biodiversity. Romain Garrouste, Author provided

Of course, these are Mediterranean ecosystems and they are adapted to fires. This is absolutely correct, but in this extraordinary context of global warming (without using the understatement of deregulation), these mega-games are altering the ecosystem itself and perhaps forever.

We also have to think about species that were not listed (yes, even here the inventory was not completed) and which may never be.

Tomorrow we will all, inhabitants, managers, scientists and users of these extinct natural spaces, have to roll up our sleeves to invent their restoration, for future generations.

But when will this fire stop and what will we have left?